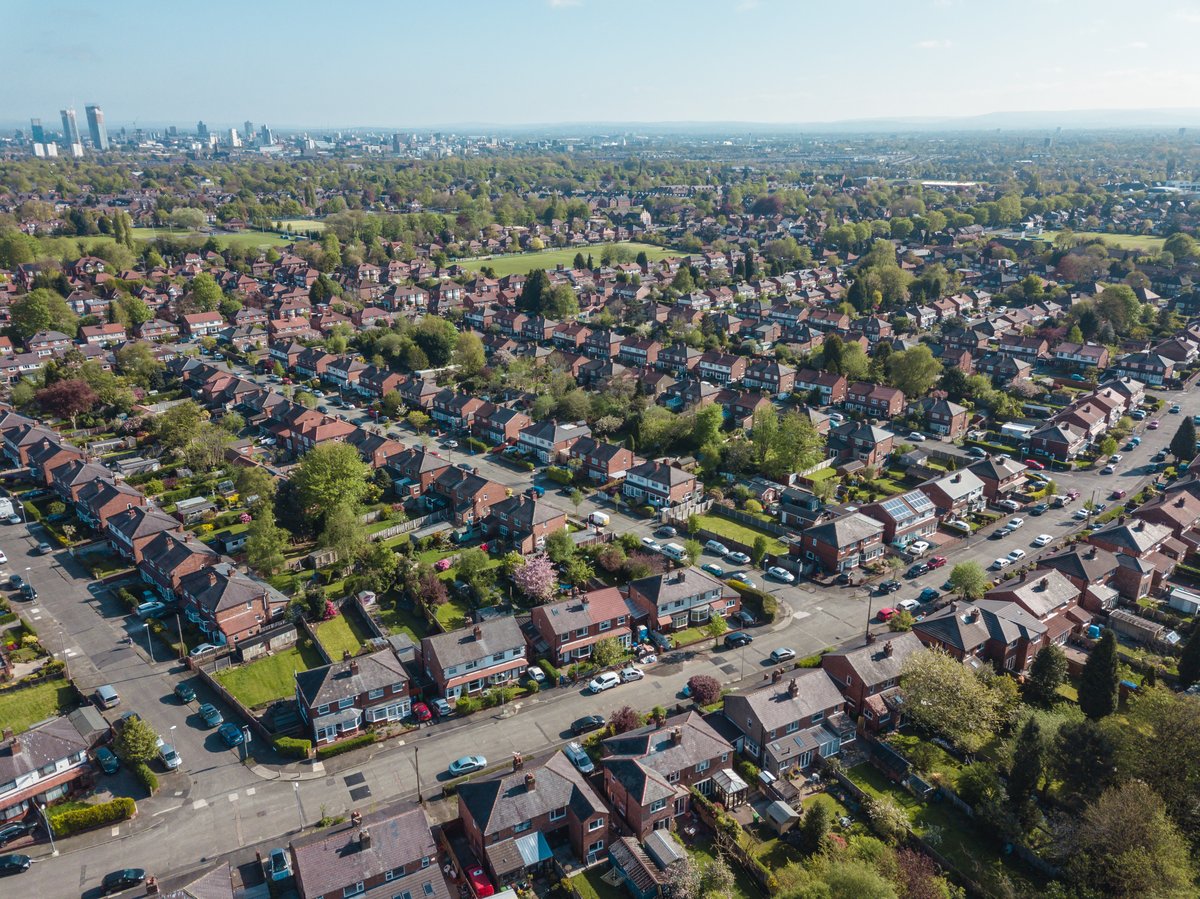 The housing crisis in Manchester and what the City Council is doing to deliver 36,000 new homes

Manchester Council’s new housing strategy will be voted on next week – here’s what’s at stake.

Manchester needs to build 36,000 new homes across the city over the next 10 years to meet demand – and 10,000 of them are expected to be affordable.

This is the town hall’s view of what the city needs to do to address its housing crisis.

Register to our ManchesterWorld Today newsletter

Manchester City Council will sell land at low prices so housing associations can create more affordable housing, build new homes themselves and push developers to play their part too, leaders have said as they launch a new strategy of accommodation.

And at least a third of the city’s 70,000 social housing units should be retrofitted by 2032 to reduce carbon emissions and reduce energy bills, according to the strategy.

It comes as Manchester Council launches its housing strategy for the next decade, the first since the resignation of former leader Sir Richard Leese six months ago.

But during this period, high demand for housing has contributed to a “crisis”, with an average of more than 1,000 people becoming homeless every month now.

Nearly 3,000 households are currently in temporary accommodation, including hundreds of families, some of them in bed and breakfasts, the latest data reveals.

Senior advisers say this is why they are ‘passionate’ about affordable housing – but delivering it will require ‘significant’ government support.

New Manchester Council leader Bev Craig has made housing a priority since taking office in December – not just in the city center but across the city.

She said: “Good quality housing is a basic need for everyone.

“Having safe housing is the cornerstone that allows our residents to thrive, live fulfilling lives and maintain good health.

“We don’t want it to be a game of chance – we want everyone in our city to have access to good housing.

“Manchester has changed a lot over the past two decades.

“It’s an exciting place to live and more and more people are choosing to live in our city.

“This success and our growth should be celebrated, but at the same time, we need to ensure that everyone in our city can share in this success.

“Our new housing strategy is about making Manchester work for everyone.

“That means building the homes our residents need, adapting to fight climate change head-on, and making the city affordable for everyone who wants to live here.

“Manchester has always been a place of opportunity and ambition.

“Our approach to housing must respond to this potential and provide the homes that work for the people of Manchester.”

Impact of right to purchase

The council’s current strategy says 6,400 affordable homes should be built between 2015 and 2025 – a target the council says it is on track to achieve.

However, with around 250 homes removed from the city’s social housing stock each year via the right to buy, which allows municipal tenants to buy their homes at a reduced price, many new properties simply replace those that are sold.

For many years, local authorities have relied on council policies to force private developers to pay for affordable housing – but many say that approach has failed.

Taking matters into their own hands, Manchester Council decided to set up its own development company which aims to build 500 new homes a year.

This city, which already has plans in place for new developments in Ancoats and the North Quarter, is expected to deliver at least 2,000 affordable housing units over the next 10 years, one-fifth of the total required in the strategy.

The cost of renting many of these new homes will be capped at the local housing benefit level, making the new ‘Manchester Living Rent’ truly affordable for everyone in the city, even those who depend housing allowances.

Meanwhile, properties sold and let by individuals within these developments would be used to raise income, subsidizing the cost of affordable properties.

In total, it is estimated that between a third and half of the affordable housing that will be built in Manchester over the next 10 years will be on municipally owned land.

The council will continue to sell its own land across the city – particularly in the north, east and in Wythenshawe – at below market value to housing associations that agree to build more affordable housing.

Housing associations, which are expected to deliver the bulk of the 10,000 new affordable homes over the next decade, are also being asked to price some of their new properties at ‘Manchester Living Rent’ levels.

Private developers will also be encouraged to offer ‘truly affordable’ accommodation – but there will be no legal obligation to do so as part of the planning process.

The council has been criticized for letting private home builders ‘get away with it’ by building major developments that have no affordable housing.

None of the new skyscrapers planned in the city center will feature affordable apartments and only small sums are offered for affordable housing elsewhere.

Instead, developers have paid for improved public spaces and even a new school, but say they cannot afford to provide affordable housing as well.

Although city policy states that 20% of these new developments must be affordable – or an equivalent financial contribution for off-site affordable housing is paid – exceptions can be made if this affects the viability of the project.

Under government guidelines, anything that earns less than a 20 per cent profit margin is considered ‘unsustainable’ – but Manchester Council says that’s too high.

But failing that, he says council must ‘push’ developers to pay for more affordable housing and hold them accountable when they claim they can’t.

He said: “I would say that we have always pushed [developers]but we have been forced by the central government saying developers can make 20% profit before they have to contribute to affordable housing.

“We want affordable housing at all levels in all developments and our target is 20% for 15 or more units.

“There is a real political ambition and appetite for it.”

Ultimately, Manchester Council’s new housing strategy, which councilors will consider next week, will rely on government support if it is to be a success.

Funding from Homes England, the public body set up to fund affordable housing projects across the country, is essential for housing associations.

And money is needed to reduce carbon emissions by renovating homes in the city.

It is hoped that this ambitious goal of upgrading at least a third of the city’s 70,000 social housing units will not only reduce carbon emissions and help lower the cost of energy bills, but will also create jobs and training opportunities.

The town hall is hoping it can win government support, citing the Victoria North development in Collyhurst which has benefited from brownfield funding and a grant from Homes England to create new affordable housing.

Earl White also spoke of the construction of affordable housing in the former Boddingtons brewery and planned social housing in a former market in Newton Heath, a sign that the local authority is already making progress on its ambitions.

Alan Caddick, Manchester Council’s acting director of housing and residential growth, said the new strategy takes the city’s aspirations to the “next level”.

He said: “This is our statement of intent.

“It’s almost our presentation to the government – ​​it’s our demand.

“It’s saying to the government and others, ‘this is Manchester, this is what we want to achieve, come and work with us.'”

Manchester’s new housing strategy will be presented to councilors from the Economy Review Board at a public meeting on Thursday June 23.

First Vail Resorts had a dispute with the Vail City Council. Now it’s tangled up with the Park City Planning Commission.